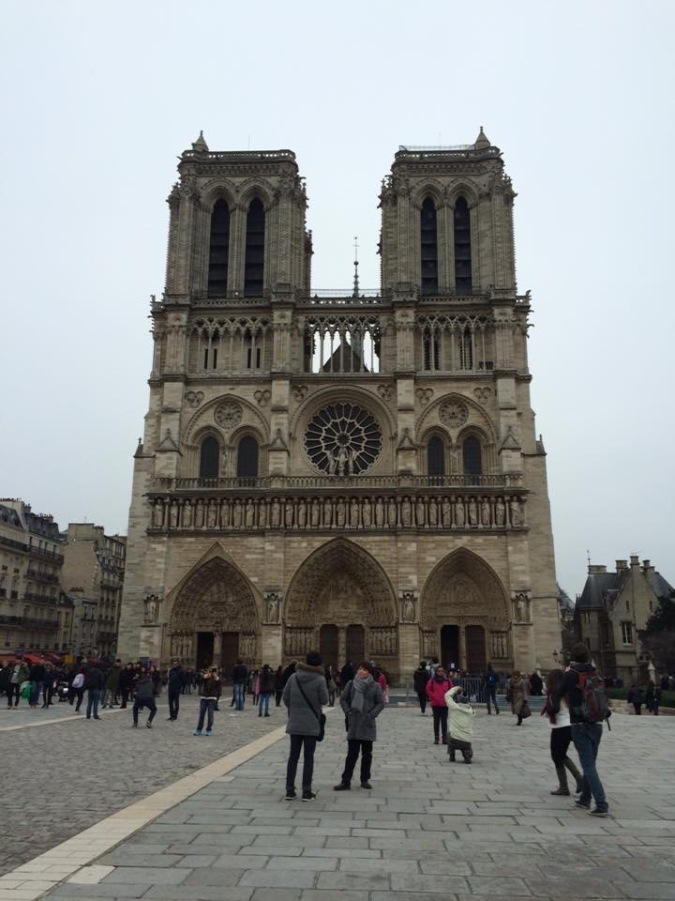 The news alerts began abundantly, Notre Dame was ablaze. My initial reaction to the news was one of shock and then grief of what appeared to be the loss of an international treasure. My mind immediately returned to my first trip to Paris, in my early teens and how vividly I recalled gazing with awe at Notre Dame’s rose windows as it created a kaleidoscope of colours dancing across the cold stone walls.

Now, writing this just over a week after the first awareness, I find my sense of irredeemable loss replaced with a feeling of hope. Firstly, in reading how human chains were formed to rescue artefacts from the fire. And then, even before the last flames were extinguished, the immediacy of a shift to restoration followed by the generosity of others; a symbol of the goodness of humanity. The feeling bolstered by seeing the country and world come together to rebuild this precious artefact and symbol of its historical legacy.

I feel hope knowing that the gallant efforts of the firefighters led to much of the cathedral’s structure being left intact and many of the most valuable religious and artistic relics being spared. This means to me, that the Cathedral was not simply a symbol or a building in France but was part of all of our lives.

Notre Dame was one of those iconic sights that lives with you forever, the first thing on my must-see list when I visit Paris. It was an icon of the city and a vital emblem for all of France. For 850 years, it inspired in visitors around the world the same sense of humbled awe that it inspired me ever since that first visit when I was a boy. Witnessing such sights is a powerful reminder of why we travel.

For almost 900 years, Notre Dame bared witness as France faced the destruction of the French Revolution and many other events that marked the country’s, at times, tumultuous history. It’s been repeatedly scarred and bared witness as the city overcame obstacles, destruction and turmoil. But each time, it has picked up the pieces and rebuild itself, better than ever. And so it will be once more.

So, now as I look at the latest pictures of what is left of this cherished landmark, in the rubble, in the ashes, I see hope. And this is what I want both Trafalgar guests and all visitors to see when they make their next trip to the City of Lights. Instead of thinking of a missed opportunity to see the Cathedral of Notre Dame as it was, I want them to see the unique gift they have been given to see Notre Dame as it will be, a symbol of resilience and unity. I want to them feel the energy emitted throughout the city as the building is brought back to life stone by stone. I want them to look at the sight, smile, and feel the same sense of hopefulness that I feel.

2 thoughts on “NOTRE DAME – HOPE RISING FROM THE ASHES”