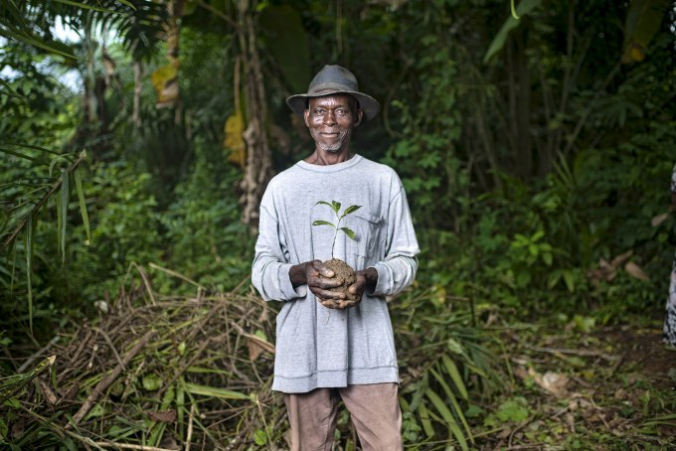 As I embraced the symbolism of the darkness of Earth Hour on March 24, I considered this simple yet incredibly significant gesture that has resulted in a global movement. This led me to think about the many ways that our planet is being compromised every hour, every day. My thoughts turned to Cape Town, the “Mother City” and one of the world’s leading locations for spectacular holidays. The place where, for me, one can savour some of the world’s finest wines, cherish the good life under the shadows of Table Mountain, with a pink sun set over the city’s golden shoreline. A moment that once you’ve experienced it, you will never forget.

As a global citizen, travel executive and traveller with a conscience, the now well documented travails of Cape Town water shortage can’t help but consume my thoughts. All my life I have taken great pride in being able to call South Africa, and especially now Cape Town, “home”. For the last decade, every year my extended family has gathered from across the globe for our year-end reunion in Cape Town for what is always a precious time and a true pilgrimage. Our last trip, however, brought a heightened sense of awareness of the fragility of the city’s natural beauty. “Day Zero”, the day publicised by authorities as when the taps run dry, had become not just a local, but a global, SOS.

Back in Europe, I have reflected on how some of the communication around this crisis was at times misdirected. It was South Africa’s worst drought in over 80 years. The city of Cape Town and pockets of surrounding areas, including the winelands, suffered rainfall shortfalls enough to have these areas declared a national emergency. A city surrounded by water faces severe damage from drought. Sadly, the warning signs had been there, but were disregarded. Late to the game, government officials and business leaders hurriedly joined forces to try and mobilise secondary water supply sources, with desalination projects and other water resource management infrastructure initiatives being put into priority development. But still, “Day Zero” needed to be addressed. As water restrictions were imposed on residents, new rules were in play on this previously freely-available natural resource: 50 litres per person per day, showers restricted to 90 seconds and grey water being used for everything from gardening to flushing. Not a good situation. Alas, also not a unique issue.

In the midst of Earth Month I look to other destinations and examples around the world and acknowledge the sad realisation that the situation in Cape Town is far from being an isolated case. It’s our new reality. All of this, a direct result of climate change. A stark warning to us all that it’s not just Cape Town, we need to pay urgent attention to what we are doing to our world and what we can do for it. More than 120 cities globally are facing crisis level water challenges. The only positive is that by default, Cape Town has taken a lead position for global learnings in how to recover and reinforce future water preservation. 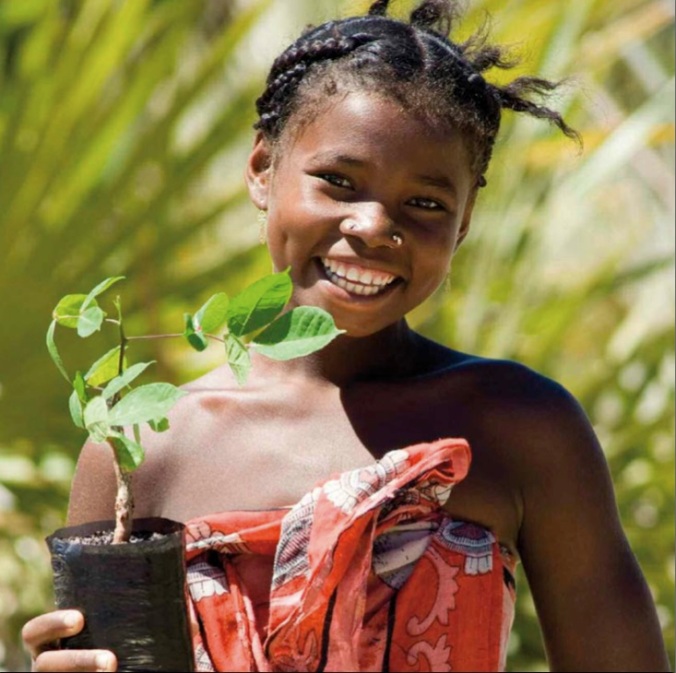 In the course of my travels I have also seen how California endured a paralysing period of drought between 2012 and 2016, one that cost the state in one year alone over 2% of GDP and 21,000 jobs. But living in it, versus visiting is different. And, as astutely stated by the Californian newspaper, The Mercury News “California’s historic five-year drought is officially over, washed away with the relentlessly drenching rains, floods and snowstorms of this winter. But just as tougher building codes and better emergency planning follow major earthquakes, the brutally dry years from 2012 to 2016 are already leaving a legacy, experts say, changing the way Californians use water for generations to come.”

The lesson for us all – it is our new reality, but we need to take a proactive approach to preserve our planet – as individuals, as members of a community and as business leaders. In considering the rhetorical question, “is water the gold of the 21st century?” There’s no doubt in my mind that the answer is yes. According to the United Nations, the global world population is set to explode from 7 billion today to 10 billion by 2050, climate and weather patterns changing previous natural water patterns and industrial pollution is making water an increasingly scarce commodity. With global changes and human factors altering the course of the earth’s long-term sustainability, it’s imperative that we find ways to counteract these effects. Immediately. 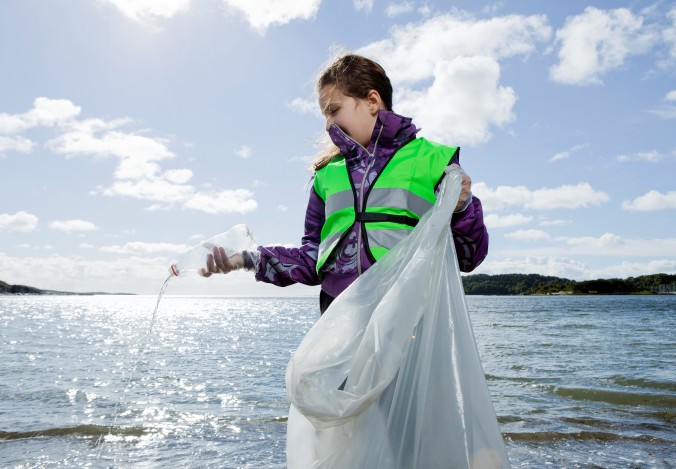 Through these water crises, Cape Tonians and Californians, have recalculated what they need, not just according to their allocations, but according to their conscience. So many of the water-saving measures imposed during the crisis have, in fact, proven to be simply good life habits. Not just at home, but for wherever and whenever we travel. I’ve instinctively now made changes in how I use water, ever more conscious of this precious resource. My untimed showers a distant memory; water running while I shave or brush my teeth, a relic to the past; filling the kettle beyond the amount I need, long gone. Every time we turn on a tap, we should feel thankful for the freedom of access we have. It is a privilege afforded to many, not all.

At every turn, there is more we can and must do and embracing Earth Hour, Earth Day and Earth Month highlight the depth of despair we are heading to if we don’t take action. From being a high school student who wanted to make a difference, Brad Follett reminds us how his action turned Earth Month into a global movement, almost five decades on. He didn’t need a position of power. He was driven by passion and a proactive desire to make a change. As Earth Day nears, that’s April 22, we see the drive to tackle another critical issue impacting our world, the desperate need to end plastic pollution. As both JoinTrafalgar and TreadRight, we are humbled to work with sustainability ambassador Celine Cousteau, an exceptional individual impassioned to change the world, who has worked endlessly to raise awareness of the damage plastic is causing to our environment, particularly our oceans and the untold harm its causing marine life. We are also proud to be a partner with One Tree Planted, working with them to make it easy for everyone to support reforestation projects around the globe.

I share this with you all as not only a call to action to please be sensitive to the gift of natural resources around us, but also as a reminder of one of the most beautiful human truths and privileges of travel is that it changes us, sometimes openly, sometimes subtly. Who we are, the things we can so often take for granted, come under the spotlight when we travel or even stay home. It is these flickering lights of awareness, personal awareness, that when we take action, make us better people.

I hope for us all to be changed, for the better, in 2018 and beyond. It’s heartening to recognise the momentum of Earth Day is such that it’s believed that more than 1 billion people in 192 countries now take part in what is the largest civic-focused day of action in the world. We all need to take steps to ensure we are creating actions for the planet’s gain. It takes more than an hour, a day, a month to preserve our precious planet. It takes a lifetime. And it starts right now. With You. 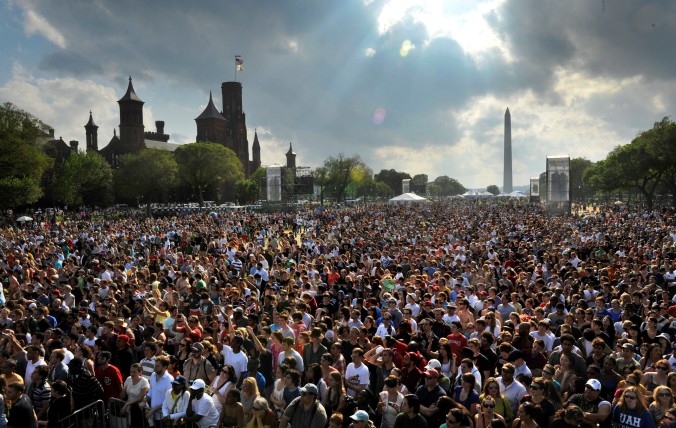